Some of the bodies were recovered in recent days while others were removed from a rundown memorial, to get a decent burial. 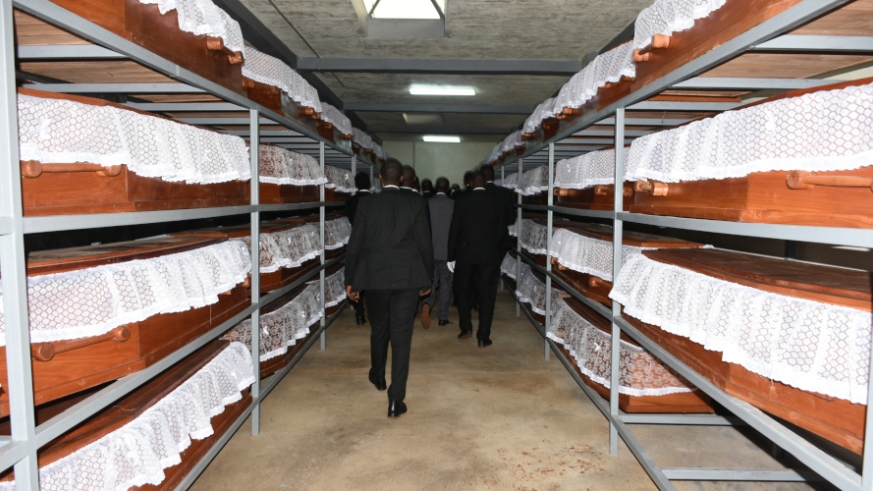 Addressing thousands of residents who attended the commemoration event, The Speaker of Parliament, Donatille Mukabalisa, condemned the bad leadership that planned and executed the Genocide and called on the youth to fight Genocide ideology.

“I grieve with families whose loved ones were killed and dumped in lakes and rivers.  This is the time to honor our beloved ones as well as reflect on their bravery and acts of kindness.  Rukumberi is an example of how bad leadership planned and executed the Genocide against the Tutsi.  The youth should strive to be resilient and intensify the fight against genocide ideology. There are still deniers who still think that genocide can happen again, the youth should take the lead in uprooting this bad ideology” Speaker Mukabalisa said. 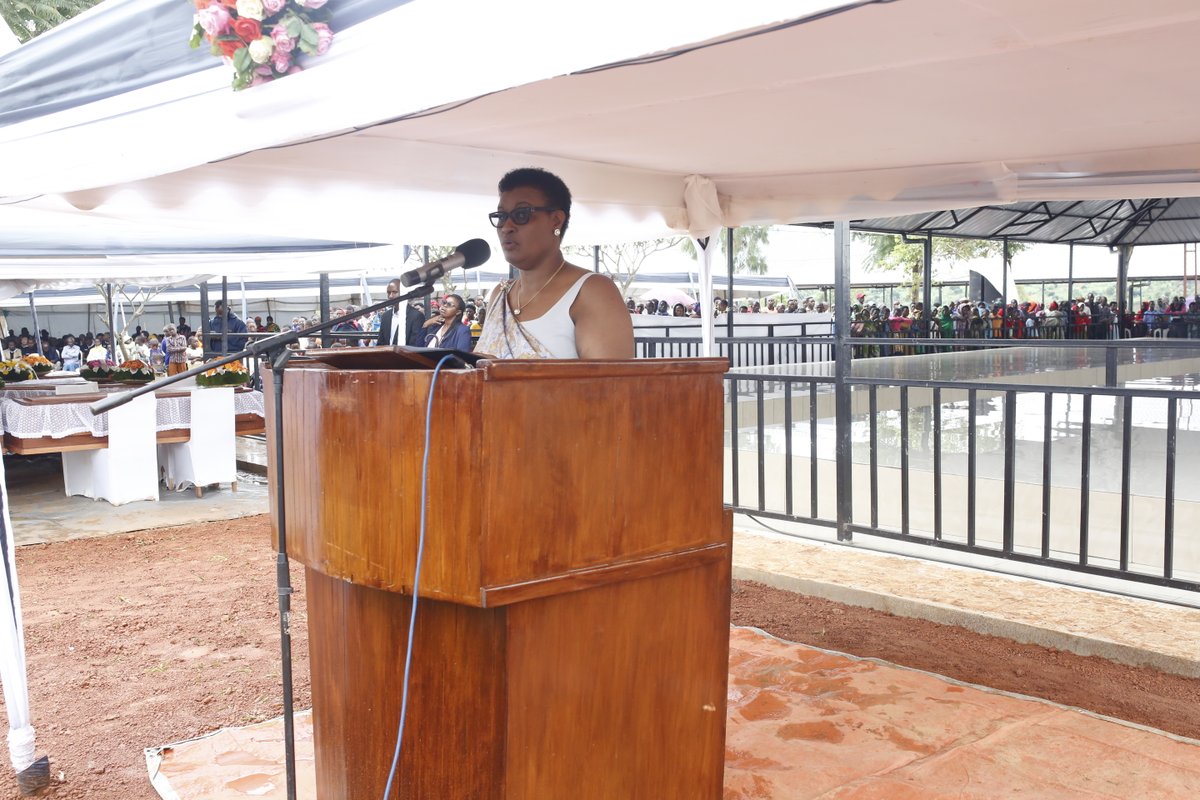 Jean-Damascene Bizimana, the Executive Secretary of the National Commission for the Fight against Genocide (CNLG), reiterated that the 1994 Genocide, had been planned beforehand. Tutsis were killed since 1959, while others, in 1960, were isolated and sent to Bugesera where they would be executed.  Bizimana further warned that genocide ideology is still rampant, especially among people living abroad, particularly Genocide perpetrators who are trying to evade justice.

Protais Rutagarama a survivor recounted how Tutsis in Rukumberi were persecuted before and during the Genocide. Ex-FAR soldiers could come in broad daylight and take Tutsi to be killed. Tutsi were arrested and jailed for no reason, he said.

Rukumberi is one of the areas where Genocide was tried before it was committed in 1994.  Now located in Ngoma District, Rukumberi has a long history of Tutsi persecution and killings. Like neighbouring Bugesera, this was one of the areas where the former governments experimented their genocide agenda, having been gazetted to host Tutsi families that were being forcibly uprooted from their ancestral homes elsewhere in the country. The relocations were part of an agenda to exterminate the Tutsi as Rukumberi was at the time heavily infested with tsetse flies; indeed so many of the early arrivals died from tsetse bites.

Nonetheless, the Tutsi of Rukumberi endured and outlived the tsetse flies, something that did not go down well with the fascist governments of the time. Like other Tutsi in other parts of Rwanda, they were persecuted and systematically killed because of who they were, until the Genocide against the Tutsi in 1994 when the ‘final solution’ was unleashed by the regime.